The 112th Congress will not go down in history as having accomplished much for conservation, but one of its last acts on Sunday night was to pass legislation promoting Pinnacles National Monument in California to full national park status.

What does it matter what it’s called?

National monuments can be created by presidential proclamation.  The Antiquities Act of 1906 afforded the president the power—unilaterally and without Congressional consent—to designate lands for “the protection of objects of historic and scientific interest.”  Roosevelt took liberal advantage of this, establishing some eighteen national monuments in just three years.  These lands included Devils Tower in Wyoming and the Grand Canyon in Arizona, as well as the 2,060 acres that made up the original Pinnacles National Monument in 1908.  (Other presidents have continued to use the Antiquities Act to protect lands of national significance; most recently, in October, President Obama made the César Chávez National Monument in California the newest unit in the national park system.)

In contrast, national parks can only be created by acts of Congress.  While a national monument generally protects some single outstanding feature, a national park is expected to have a variety of resources of national significance.  The Senate and the House of Representatives must pass legislation enabling the creation of a new national park, then send the bill to the president to sign it into law.  This doesn’t happen often.  The last national park designation was in 2004, when Great Sand Dunes in Colorado became national park #58.  Thus, being accorded full national park status is a mark of distinction: a whole lot of people have to agree that a place is worthy.

I’m one of the people who agrees that Pinnacles is worthy, though of course I don’t have any more say in the decision than any other citizen of the United States who participates in our democratic process.  Pinnacles has expanded over the last century to 26,000 acres.  Located in the Salinas Valley, just 80 miles south of San Francisco, Pinnacles is an ancient volcanic field whose rocks have eroded into the eponymous spires.  Its vegetation includes chaparral and oak woodlands.  What makes it most significant in my mind, though, is that it is a reintroduction site for the endangered California condor.

Pinnacles currently has a new General Management Plan and Environmental Assessment in development.  It’s open for public comment until January 11.  Engaging in the public comment process is a great way to participate in our democracy.  I encourage you to visit the site and learn about the comment process.

And finally: a great big welcome to the new Pinnacles National Park! 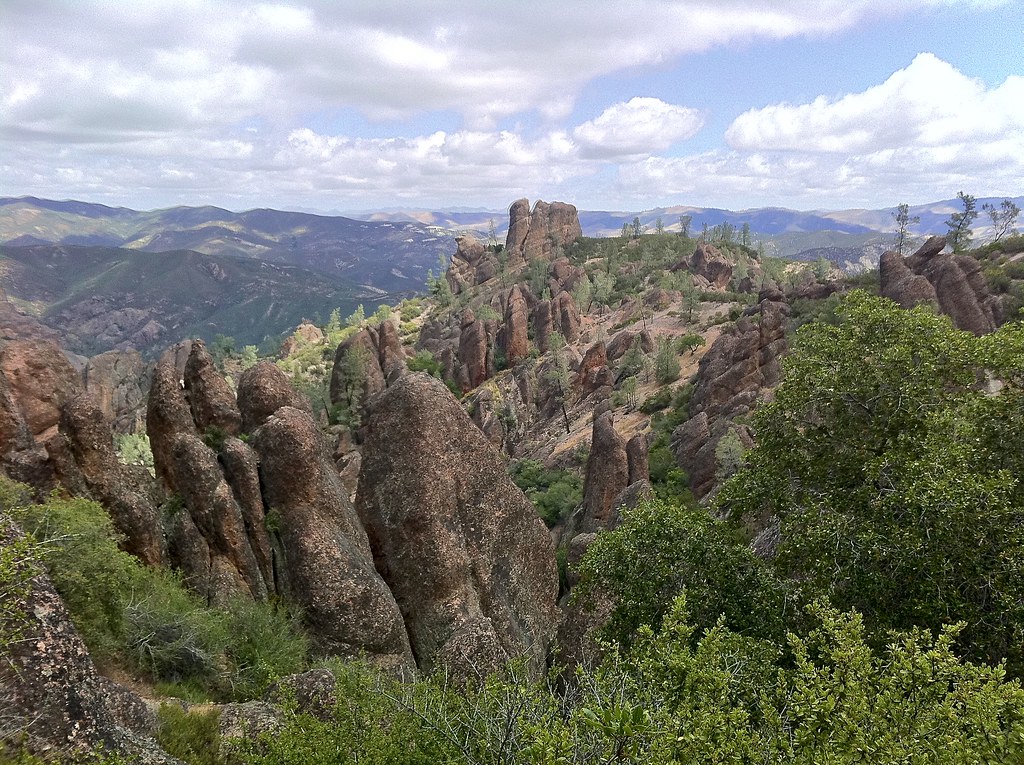